Lessons from a Hypochondriac 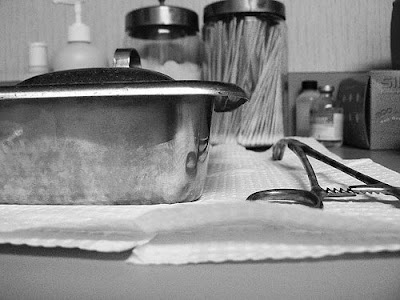 I am a hypochondriac. I’m (mostly) okay with sharing this fact with all of my closest family and friends in the blogosphere as long as you’ll hear me out. I blame my problem on a tough bout with the stomach flu as a kid, which then led to becoming deathly afraid of throwing up. One night in third grade, I kept my mom up the entire night because I thought I might throw up. I had the towel and bucket ready–which was unfortunate because Scott threw up instead– all over the carpet.

Now, as an adult, I’m no longer as afraid of such childhood things. While unpleasant, I’ve got bigger worries. I pay very close attention to any and all symptoms that could be cancer, a blood clot, or a rare parasite. Small bumps along my scalp line could be tumors, a headache could be an aneurysm, and heartburn is most definitely signs of future heart disease. For the most part, I keep these worries to myself, although Jonathan, Sharon, and Jenny seems to be the most frequent recipients of my hushed confessions. Jonathan, simply because the poor guy has to listen to me; Sharon, because as a self described hypo she humors me; and Jenny because being a nurse (and married to a doctor) she can actually tell me if I’m dying.
Just so you don’t think I’ve got major issues, let me interject by saying that I don’t usually go to the doctor when I’m freaking out about dying from inflamed zits along my scalp. I’ve gotten to a healthy place now where I pray about the problem, tell Jesus if he wants to take me he can, and then I move on. HOWEVER…
The fear of skin cancer just won’t go away.
My grandma, dad, brother and aunt have all had melanoma removed. That, combined with the fact that I fried myself on a lifeguard chair throughout high school, makes me feel just a tad bit concerned that if I’m not careful a small mole could turn into a big problem. Which is why, at 27, I confidently marched into my doctor’s office and said– “Refer me to a dermatologist– I’m gettin’ checked!” The scary Glamour magazine articles with oozing bloody sores sent me over the edge. I just couldn’t take the worry any longer!
And so today I got checked up and down…under the arms, and over the scalp and in between the toes. My friendly derma lady told me I was smart for coming in and reminded me to return every year. Just when I thought I was done she found a suspicious little mole on my leg. I’d never seen him before, despite my over zealous self exams each month. How could I have missed him!? Before I knew it I was laying on my side getting him sliced and diced off my leg for a biopsy. If I have cancer, I’ll likely cry about it, and then post about it, right here in this very spot.
Stay tuned. And, moral of the story– even when you think you’re checking real good, you may not be. So, BE RESPONSIBLE AND GO TO THE DOCTOR.
(photo: sxyblkmn on Flickr)

Update! Guess what? All worry for no reason. See, Brenda was right. The mole was negative. Now I can go back to not worrying, at least until next year's appointment. ha ha!

Tawny, I watched Grey's last night online (Thursday's episode). I watched it right after I'd posted this...it's the one where Izzie finds a mole on her back and it's CANCER!! Seriously, why do I watch that show? Every time someone dies I get worried. I need to make myself stop.

Oh my goodness I am also a hypo. There was a Grey's Anatomy this season where the girl in the hospital bed summed up my fears, "there is so much to worry about-- how could someone not be worried?" I am praying and will await the results with you. Scary stuff.

Eek. I was also a lifeguard and fried myself for the sake of the deep, golden tan. I don't take as much care as I should looking for suspicious moles. Thanks for the reminder.