Back in junior high 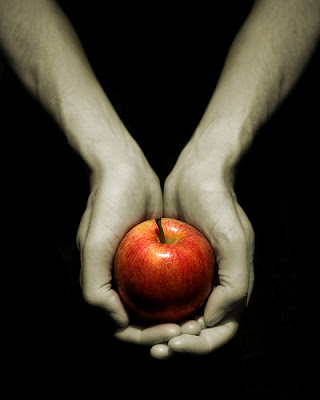 I have a tiny confession.
Until two weeks ago, I’d never played Rock band. In fact, I’d never really paid any attention to how popular it is. Apparently, it’s the cool thing?
Also, until about five days ago, I’d never heard of the Twilight series.
Yes, I know. How could I have been in such a hole?
I read. I watch the news. I consider myself a social person with friends and family that should keep me abreast about such things. But alas, you’ve all abandoned me. NO ONE has told me about Rock Band or Twilight. I feel like I did in junior high when all the girls went to see No Doubt in concert, and I had no clue who Gwen Stefani was.
Do you want to know how I finally heard about Rock Band and Twilight? The high schoolers at church. Are these things just for high schoolers? I’m confused. Would someone clue me in? Why are they all cooler than you people?!?!
Photo credit: mybluemuse

I know Twilight. Why? Because I am so old, that I have friends who took their kids to it at midnight opening day. These are grown women with pictures of Twilight characters on their cell phones. What? Moms of teenagers who have seen the movie three times. What?! I'm being sucked into the Twilight vortex by middle aged women. HELP!!

This is too funny. I had no idea about Rock Band until I was with some friend in TN and they started playing. I totally had one of those JR. High moments where I knew everyone had knowledge of something and I was clueless. They even gave me a "clueless" look when I said, "What is Rock Band?" I played and became as addicted as everyone else. I hope you get a chance to play soon. It's fun (even for us old people).PS I would have no idea about Twighlight, but I guess the new movie is filmed near here and it on the news constantly.

okay I had no idea about Twilight until yesterday and I am a little surprised you didn't know about Rock Band. Have you seen the Guitar Hero commercial (hint: Kobe Bryant and Michael Phelps are in it)

News flash: At the precious age of 26, we are old and out of touch. Hannah Montana outsold the Beatles. We are older than most reality show contestants and Olympic athletes. Just embrace it and go buy yourself something pretty [at Chicos].

Oh Dear!We have no clue what Rock Band or Twilight is. Then again, I guess we're old now, so we can use that for an excuse. I'll have to Google them tonight - now I'm curious!