Trying to be Smart with Thoughts on Social Media 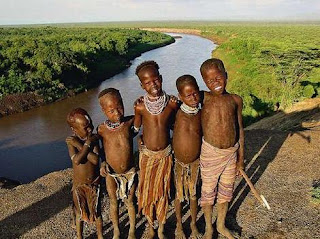 I’m not sure how to start off a post about blogging because I’m afraid I might lose a few readers. So, I’m going to start by posting a link to a video that I highly recommend. As background, I got an e-mail today from Facebook’s “iLike” application saying that the creator of iLike had filmed a video on a camera phone of Bono singing a song he wrote back in 1987 called “Wave of Sorrow”. The track was never released on the Joshua Tree album, but last week Bono laid the vocal tracks and it will now be available to purchase in the upcoming month. The video is 6 minutes long and it’s a combo of Bono explaining the meaning behind the song, and then singing. For a singer as private as Bono (hiding behind his big glasses) I found the video to be very moving and insightful to who he is and what his values are… (obviously, Africa, AIDS, hunger and also, Christ). I like how he forgets the words and turns red… I like the lyrics and scripture in the song…I like his passion.

What this video means to us is much great than U2. Some of you might not even like U2. What I saw was a PERFECT example of how social media is working today in reaching the consumeron new levels. Because I had listed U2 as a favorite band on Facebook I was somehow contacted through e-mail to watch a video that someone made on their camera phone and because of that I’ll probably buy Bono’s song next week when it becomes available. That, ladies and gentleman, is an example of how traditional advertising has dramatically changed to an emerging social media that we are seeing today through blogs, social networking sites like My Space and Facebook, wikis, podcasts and video.
I’ve been studying social media at work as we set out 2008 goals and try to stay ahead of the competition. Natually, understanding how PR and advertising fits into social media is not only necessary, but crucial to our survival as an agency. I also believe that understanding social media is crucial to anyone that is a consumer. As a Communication Studies major, I may be more interested in this topic than most people but I still think that it’s important to understand what the future of communication looks like and how we should be participating.
Brian Solis, a blogger at PR 2.0 says this: “There has been a fundamental shift in our culture and it has created a new landscape of influencers and an entirely new ecosystem for supporting the socialization of information–thus facilitating new conversations that can start locally, but have a global impact. Monologue has given way to dialogue.”
I know that I don’t speak for myself when I say that I want to be a person that influences the world. I want to be a global citizen. I want to be a person that encourages, inspires and also learns from other people. I’ve realized more and more in the past several weeks that there are some very smart and lovely women I know that are blogging and I’m really enjoying reading their stuff! Blogs are our medium to share, influence, effect and change each other. This is our forum to even speak to people we may not even know. How cool is it that we have so much power? Solis says, “Content is the new democracy and we the people are ensuring our voices are heard.” He goes on to also say, “With the injection of social tools in the mix, people now have the ability to impact and influence the decisions of their peers and also other newsmakers. Social media is not a game played from the sidelines. Those who participate will succeed–everyone else will either have to catch up or miss the game altogether.”
If you’re reading, you’re probably in the game. But, Solis also points out, being in dialogue means commenting on posts and, if you are a blogger, linking to other sites. (Which is why you’ll notice I’ve linked to Solis’ site.) His thoughts also make me think about something Corinne Pearce stands for– making every word count. It’s important as social media “journalists” that we are accurate and honest with facts and information that we share.
There’s so much more to say about blogging and I don’t think I’ve done it nearly any justice but I felt like I wanted to get it out there! Hope you check out Bono’s video. What do you think of it? Interesting how he ends by asking people for their thoughts. Dialogue at it’s best.